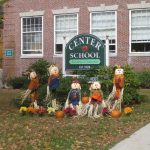 Dr. Steven Hiersche holds a Doctor of Education in Educational Leadership from the University of Sarasota. He also holds Master of Education in Secondary Administration and Bachelor of Arts degrees from Westfield State College. He was recently the Superintendent for Framingham Public Schools, and previously served as Superintendent for Watertown and Plymouth Public Schools, as well as the Orleans Southwest Supervisory Union in Vermont. Prior to those positions, Dr. Hiersche held various principal and assistant principal posts. He began his career as a mathematics teacher in Enfield, CT.