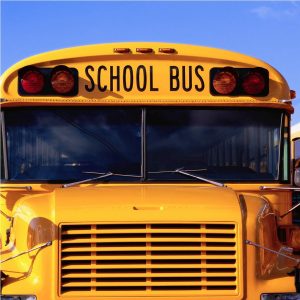 When the 2013-2014 school years begins, students and parents will be greeted by several new administrators.

Lauren Dubeau is the new principal at Center School.

Lauren Dubeau holds a Master of Education degree in Early Childhood Education from the Worcester State College, as well as a Bachelor of Science degree in Early Childhood Education from Westfield State College.  She comes to Hopkinton from the Simonian Center for Early Learning in the Sutton Public School district where she served as principal.  She previously served in Sutton as the Acting Principal for the Early Learning Center, and as both a Kindergarten and First Grade teacher.  She began her career in education as a Special Education Preschool Teacher in the Sutton Public Schools.

Mrs. Carver holds a Master’s of Education in Elementary Leadership & Administration from Worcester State University and a Master of Education in Integrated Studies from Cambridge College.  Her undergraduate work was in Early Childhood Education, completed at Wheelock College. She comes to us from the Norrback Avenue School in Worcester, where she was a first grade teacher, and Site Administrator.  She has also taught Kindergarten, first and second grades at the New Ludlow Elementary School and the St. Nicholas Avenue School, both in Worcester, and began her career as a third grade Teacher at Midland Elementary School, also in Worcester.

Ann Benenek joins Ms Grady this year as one of two full-time assistant principals at the Middle School.

Mrs. Benenek holds a Master’s of Education from Cambridge College.  Her undergraduate work was in English, completed at the University of Massachusetts at Amherst.  She began her career as an English Teacher at West Boylston Middle/High School.  She comes to us from the Sarah W. Gibbons Middle School in Westborough, where she has served as a Team Leader, a Supervising Practitioner and an English Teacher.  This past year, she also completed her Administrative Internship at Sarah W. Gibbons Middle School.

Michael Cournoyer is the new principal at the high school.

Mr. Cournoyer holds a Master of Education degree in Educational Leadership from Worcester State College, as well as a Bachelor of Science degree in Health Education from the University of Lowell.  He is currently the Principal for Holliston High School. He previously served as Assistant Principal of Hopkinton High School, and began his career in education as a high school health teacher at Southbridge High School.

Mr. Hanna holds Master of Education degree in Educational Leadership from Simmons College, as well as a Bachelor of Arts degree in U.S. History / Secondary Education from Framingham State College. He comes to Hopkinton from the Natick Public Schools, where he taught for 13 years, most recently serving as the Social Studies Department Chair at Natick High School.  Mr. Hanna was also the head coach of the Natick High School Redhawks baseball team.