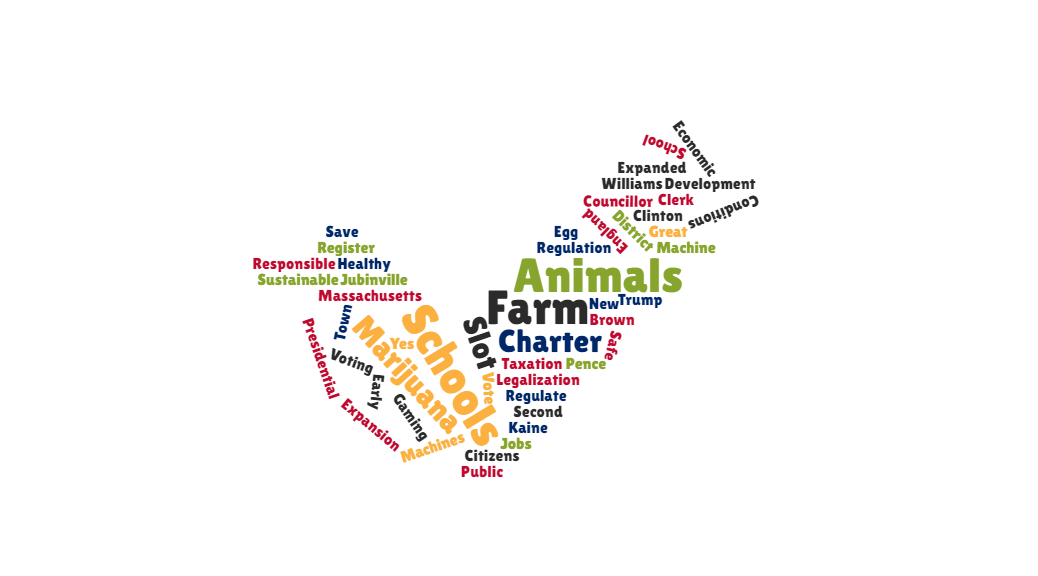 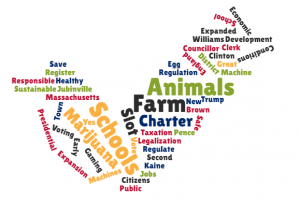 There is no school on Tuesday, November 8 due to a Teacher Professional Day timed as usual to coincide with election day. Because the polls are located at the Middle School, this reduces parking & traffic congestion and increases student safety on this busy day. There are four statewide ballot questions this year, in addition to the state and presidential election.

Early voting can be done in person or by mail by any registered voter. In Hopkinton, early voting can be done in person at Hopkinton Town Hall, 18 Main Street from Monday, October 24 until Friday, November 4. It will be held during our usual business hours which are Monday, Wednesday, and Thursday from 8:00 AM – 4:30 PM, Tuesdays from 8:00 AM – 7:00 PM, and Fridays from 8:00 AM – 2:00 PM. For public convenience, the Hopkinton Town Clerk has decided to offer weekend hours on Saturday, October 29th from 10:00 AM – 2:00 PM. Read more…

New to town, recently moved or not registered to vote?

On the November 8 Ballot for Hopkinton residents:

This proposed law would allow the state Gaming Commission to issue one additional category 2 license, which would permit operation of a gaming establishment with no table games and not more than 1,250 slot machines. Read more…

This proposed law would prohibit any farm owner or operator from knowingly confining any breeding pig, calf raised for veal, or egg-laying hen in a way that prevents the animal from lying down, standing up, fully extending its limbs, or turning around freely. The proposed law would also prohibit any business owner or operator in Massachusetts from selling whole eggs intended for human consumption or any uncooked cut of veal or pork if the business owner or operator knows or should know that the hen, breeding pig, or veal calf that produced these products was confined in a manner prohibited by the proposed law. The proposed law would exempt sales of food products that combine veal or pork with other products, including soups, sandwiches, pizzas, hotdogs, or similar processed or prepared food items. Read more…

The proposed law would permit the possession, use, distribution, and cultivation of marijuana in limited amounts by persons age 21 and older and would remove criminal penalties for such activities. It would provide for the regulation of commerce in marijuana, marijuana accessories, and marijuana products and for the taxation of proceeds from sales of these items. Read more…

ELECTORS OF PRESIDENT AND VICE PRESIDENT