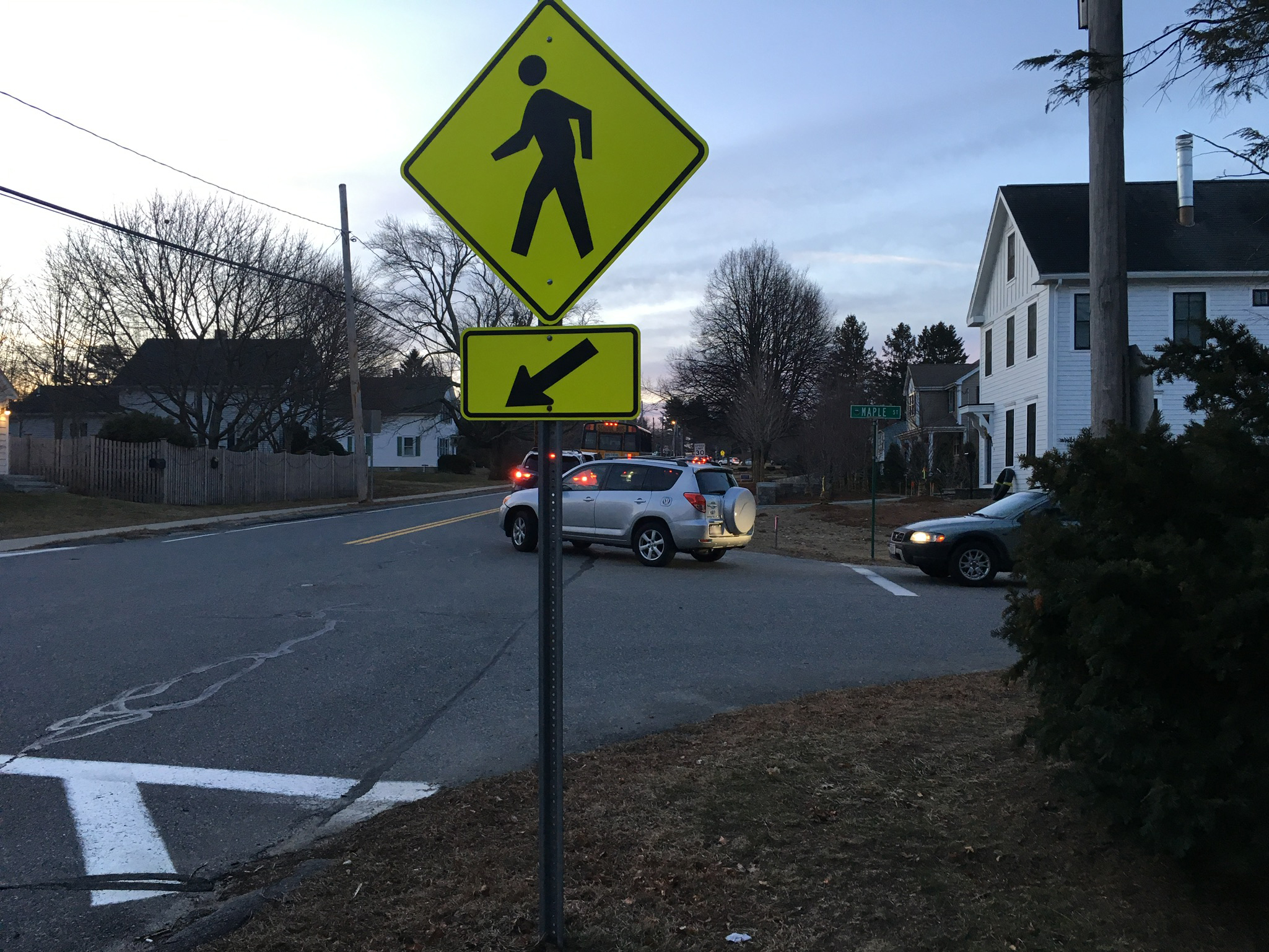 In the wake of several serious pedestrian accidents and growing concern about traffic, eHop will hold a public forum titled eHop’s Spotlight on Traffic and Pedestrian Safety on Monday, February 6,  7:00 – 8:15 pm at the Hopkinton Center for the Arts, 98 Hayden Rowe Street, Hopkinton.

Hopkinton’s population has increased by 15% in the past decade1 and the average number of vehicles per household has increased from 2.03 to 3.4 in that same time frame2. Looking ahead, a 2014 report by BETA Engineering says that traffic along Main Street is expected to grow as much as 79% during the 5- 6 pm peak driving hour between 2012 and 20223. According to Hopkinton’s 2016 Draft Master Plan, the Town has reached a critical mass of traffic and pedestrians which needs to be addressed, at least in part, by separating pedestrians and vehicles where possible.

Traffic impacts everyone in Hopkinton — commuters, local drivers, bikers, runners, and walkers.  In response, town officials have been working on several long-term improvement projects that are expected to come up for a vote at Town Meeting 2017.  “We hope to educate residents about these important ongoing initiatives and encourage an open dialogue with town leaders to find ways that we can all work together to improve the safety of our streets,” said Amy Ritterbusch, President of eHop.  Featured panelists will include Police Chief Lee, John Westerling, Director of the Department of Public Works, and Elaine Lazarus, Director of Land Use and Town Operations.

This will be the second forum in eHop’s Spotlight Series.  Launched in October 2016, the first forum focused on the drought and water conservation.  eHop is a Hopkinton based 501(c)(4) nonprofit whose mission is to provide timely and factual information about key town matters with the goal of increasing government transparency and fostering civic engagement.