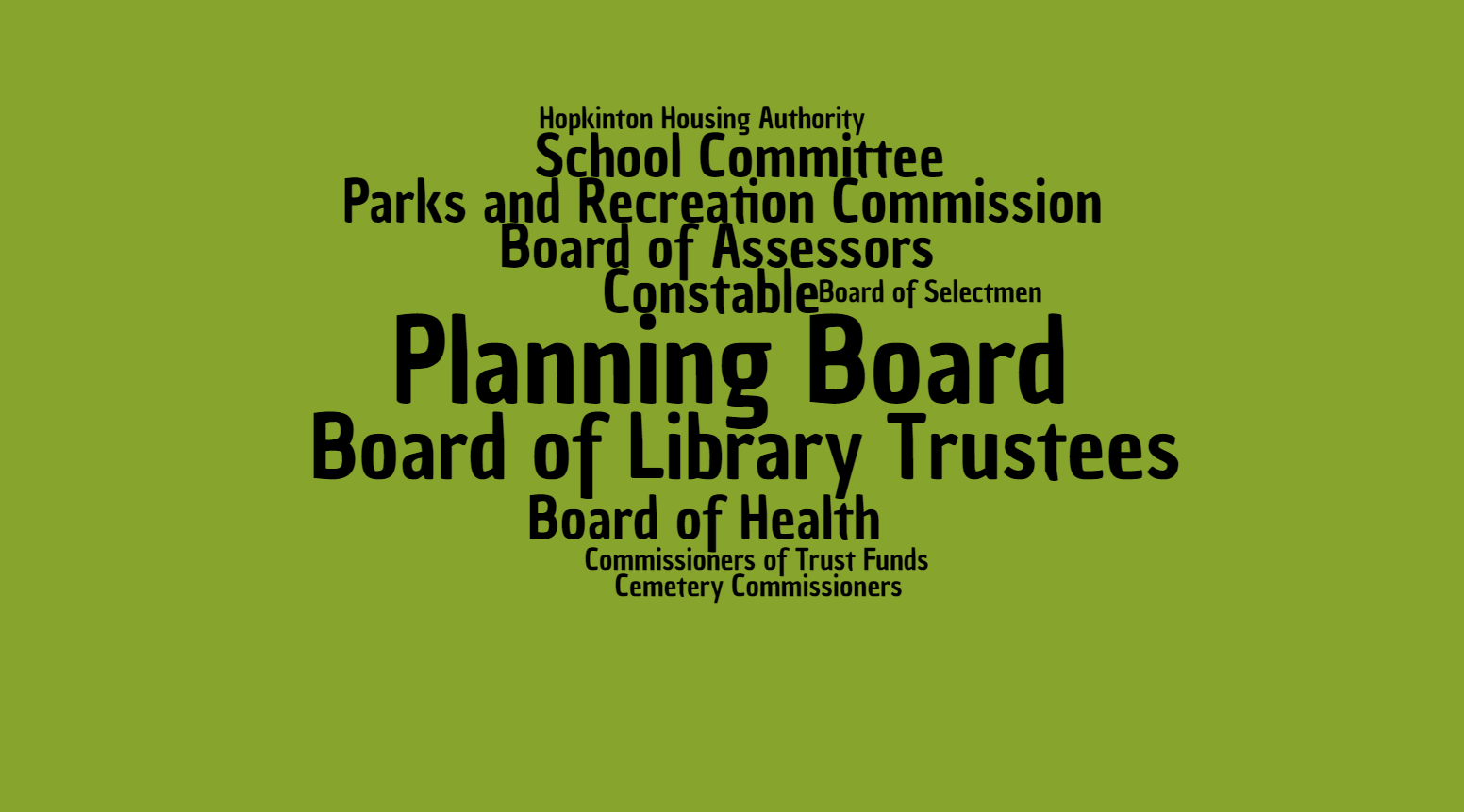 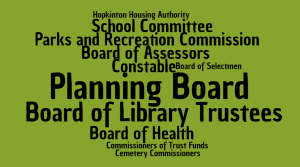 A total of 2,405 ballots were cast, of the total number of 11,696 registered voters, which is a turnout of a little over 20%. Click to view full results by precinct.

Board of Selectmen, 3 Years – Vote for 1

Board of Library Trustees, 3 Years – Vote for 2

QUESTION 1: Charter Changes
Shall the Town of Hopkinton approve the charter amendment proposed by the Town Meeting, summarized below? The proposed changes to the Hopkinton Home Rule Charter include technical updates throughout to reflect current Town practice.

QUESTION 3: Underride
Shall the Town of Hopkinton be required to reduce the amount of real estate and personal property taxes to be assessed for the fiscal year beginning July first, two thousand and seventeen by an amount equal to $1,500,000?

QUESTION 4: Hayden Rowe Traffic Calming
Shall the Town of Hopkinton be allowed to exempt from the provisions of proposition two and one-half, so-called, the amounts required to pay for the bond issued in order to fund design and construction of traffic and pedestrian safety improvements on Hayden Rowe?

QUESTION 5: Fire Station HVAC
Shall the Town of Hopkinton be allowed to exempt from the provisions of proposition two and one-half, so-called, the amounts required to pay for the bond issued in order to repair the HVAC system on the Main St. Fire Station roof?

QUESTION 6: Prohibit Marijuana Establishments
Shall the Town be authorized to prohibit, from all zoning districts within the Town, marijuana establishments as defined in Section 1(j) of Chapter 94G of the Massachusetts General Laws, including commercial marijuana cultivators, marijuana testing facilities, marijuana product manufacturers, marijuana retailers, and any other type of marijuana-related businesses, but excluding Registered Medical Marijuana Dispensaries as defined in Article XXXIII of the Zoning Bylaw?

Uncontested Offices on the May 15 Ballot

Board of Assessors, 3 Years, 1 Seat

Board of Assessors, 1 Year, 1 Seat

Board of Library Trustees, 1 Year, 1 Seat