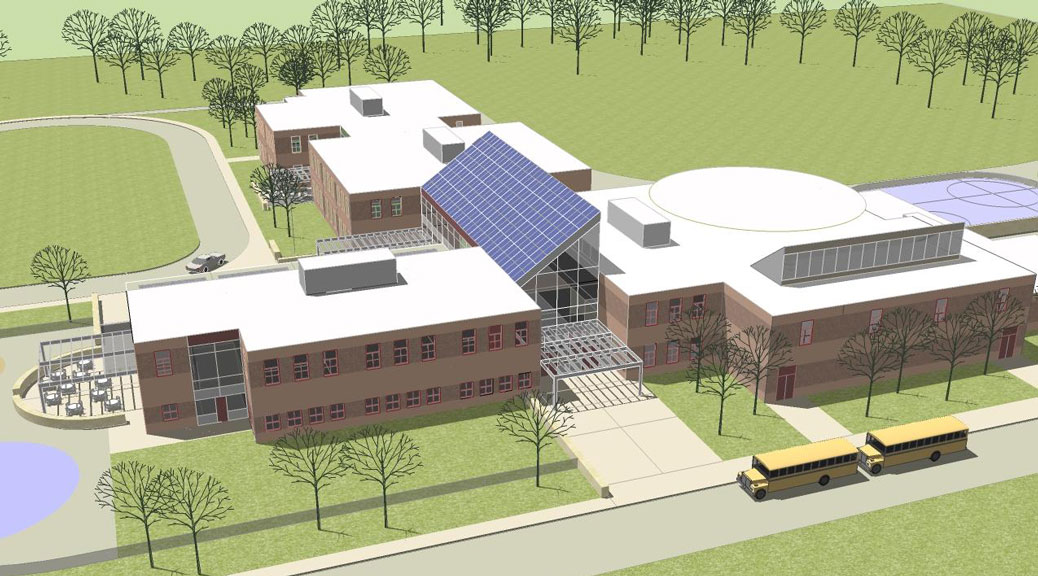 The first article up at the October 26 Special Town Meeting will be to vote on appropriating money to build a new elementary school to replace the existing Center School.  Because it will be funded by a debt exclusion, it must pass by a 2/3 majority vote at the Special Town Meeting and again by a simple majority at the November 9 Special Election in order to go forward.

While the town must approve the total cost of the $43,229,373 needed to build the school, the Massachusetts School Building Authority (MSBA) has approved a grant to reimburse the town up to $14,058,457 of the eligible costs, which would leave the town’s projected share of the cost to build the school at $29,170,916.

According to the Committee Chairman, Joe Markey, the Elementary School Building Committee (ESBC) has estimated that in the first year, the highest cost per taxpayer will be about $435 per $500,000 assessed property value.  The actual cost will depend on the exact terms of the loan, including whether the town opts for a 20 or 30 year bond and could be as much as $100 less than the highest case scenario.  The Town Manager and Treasurer will determine the terms of the loan at the time of borrowing and make a recommendation to the Board of Selectmen for approval.  If the Town opts for a 30 year loan, the annual cost per tax payer will be less, but the town will pay more in interest over the life of the loan.  The cost per year will likely decline with successive years over the life of the loan.

The proposed new school will house 22 kindergarten and first grade classrooms in an 83,256 square foot building that will also include rooms for the integrated preschool, music, art and health rooms that the Center School cannot accommodate due to size constraints.  For comparison, the Center School is 52,000 square feet while the Hopkinton High School is 190,000 square feet.  Elmwood and Hopkins are each about 80,000 square feet.  The new school site also has the capacity to add 10 additional classrooms if the school sees a significant and sustained increase in enrollment down the road.

The Board of Selectmen has begun to examine potential future uses for the Center School, but a decision regarding Center School’s future will not likely be made until about 2017, a year before the projected opening of the new school if approved this fall.

A decision has also yet to be made regarding the use of the so-called Todaro property which the Town purchased following the May Annual Town Meeting.  While the property abuts the site for the proposed new school, it is not part of the plans for the new school.

On the other side, the proposed school abuts EMC park and a lighted path would both provide emergency egress for the school and allow for reciprocal overflow parking between the properties for events such as baseball games at the park or curriculum night at the school.  According to Superintendent Dr. Cathy MacLeod, the school was also designed to allow community use in areas such as the gym, cafertorium and media center year round while school is not in session.

The ESBC will offer an additional opportunity for voters to ask questions during their office hours at Water Fresh Farm on October 21 from 4:30-6:30.