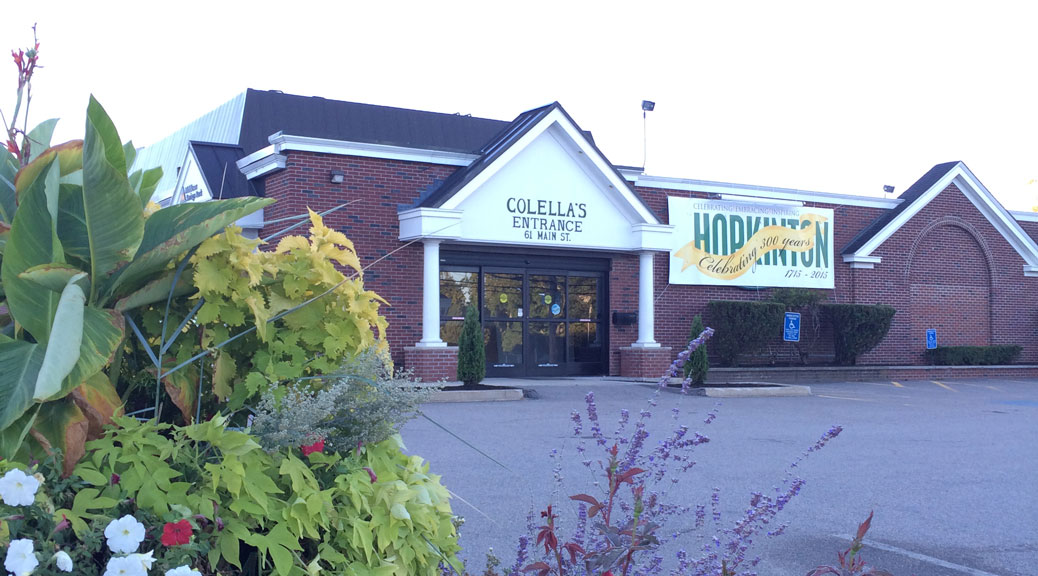 CVS Pharmacy Update – Board of Appeals 10/14

The CVS story will continue at the next Board of Appeals meeting on Wednesday, October 14 at 7:00pm in room 215 of Town Hall. To recap the events of this summer and fall, a group of residents has filed an appeal to revoke the building permit issued to allow interior renovation of the former Colella’s building. The group of residents claims that CVS is a “health services facility,” which is not permitted in the Downtown Business District. The town building inspector who issued the building permit claims that CVS is a retail store. Both retail stores and medical offices are permitted in the Downtown Business District. The definition of “Health Services Facility” was added to the zoning bylaws in 2012. “Health Services Facilities” are permitted in the Rural Business, Industrial A, Industrial B, Professional Office and Office Park Business Districts. Hopkinton Drug was already in existence prior to the 2012 zoning change, so if it were also considered a “Health Service Facility,” it would be grandfathered into the prior zoning. None of the residents appealing the CVS building permit are abutters, so there was much discussion about whether the appellants had “standing” at the first part of the hearing on October 7.  Two abutters, Dennis Katz and Jason Mahon have asked to be added to the appeal after the original deadline.

Marty’s Liquors Update – Board of Selectmen 10/20

The Board of Selectmen will hold a public hearing on Tuesday, October 20 at 7:30 p.m. in the Selectmen’s Hearing Room, Town Hall, to consider a transfer of liquor license application from Colella’s Supermarket, Inc. (d/b/a Colella’s) to Siegal and Sons Investments (d/b/a Marty’s) for a section 15 all alcohol package license to be consumed off the premises at 61 Main Street.