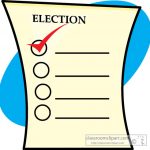 More details on results throughout the country including 3rd party candidates: http://www.google.com/elections/ed/us/results

OVERALL Results (UNOFFICIAL) for Questions and Candidates on the Hopkinton Ballot: