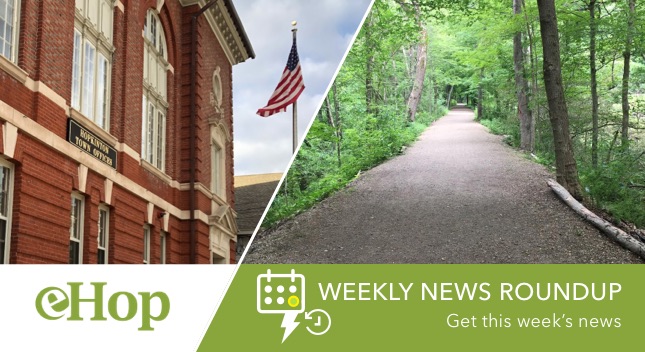 Superintendent Carol Cavanaugh on Friday announced the hiring of a new principal for Hopkinton Middle School. Matthew Lefebvre has been hired after serving as an assistant principal at Westborough High School for the past decade. Jeffrey LaBroad was hired as assistant superintendent following his appearance before the School Committee last week. LaBroad previously worked as principal of Sudbury’s Josiah Haynes Elementary School. Kiely Murray will be the interim athletic director at the high school. Murray has spent the past 13 years working as a school counselor and coach in Hopkinton.

The following Town boards & committees will have one or more anticipated vacancies. Interested residents must apply via the online volunteer form on the town website.

Parks & Rec Commission: No cricket pitch at Reed Park, but other options to be explored

If the Hopkinton Cricket Club is to add another pitch to use for a sport that is growing in popularity, it will have to be somewhere other than Reed Park, with the Parks & Recreation Commission giving the proposal four thumbs down in a unanimous vote Wednesday night. Chair Dan Terry and commission members Liisa Jackson, Laura Hanson and Amy O’Donnell all voted against the idea of installing a cricket pitch at Reed Park, which largely has been used for passive recreation. Concerns raised at a previous Parks & Rec meeting were brought up again, including parking issues. Chief among the concerns aired by commissioners was access to the park, which currently exists only via a narrow, unpaved road just off Wood Street.

The Hopkinton Trail Coordination and Management Committee (TCMC) and the Hopkinton Trails Club have created a monthly trail volunteer day on the first Saturday of each month from 9 a.m.-noon. Residents are encouraged to inform these groups of maintenance issues observed on trails (downed trees, trails becoming overgrown, etc.) by emailing TCMCchair@hopkintonma.gov or hopkinton.trails.club@gmail.com.

Clean water is a valuable — often underappreciated — commodity, and it’s about to become a lot more expensive in Hopkinton.

At the June 21 Select Board meeting, the board approved a 9.5 percent increase in water use fees for fiscal year 2023. And town officials cautioned that the rates are going to continue to spike for several years. However, due to a number of variables, it’s not yet clear exactly how much higher the rates will rise.

According to a press release from the HRTC, the new committee “will work to carry on the long Republican tradition of service to the Hopkinton community, promotion of conservative values and the support of local political candidates.”

In other business, the committee expects to meet with the Select Board on July 12 about the possibility of holding a Special Town Meeting in August. The district is hoping to ask voters to approve funding an additional $850,000 for the Marathon School addition project, with all money to come from the Legacy Farms Fund.

Using that mechanism, taxpayers will not be affected, the superintendent said.

Planning Board members have many ideas about what to do with the vacant Center School and property at 11 Ash Street, across from the Town Common, with all in agreement that whatever the future holds for the property, it must be in the best interest of the town.

Perhaps the boldest suggestion came in the form of possibly tearing down the 1928 building altogether. (Additions in the back were constructed in the 1950s and 1980s.)

The presentations are being done to gather input before the committee issues a request for proposals (RFP) to developers.

At Tuesday’s Select Board meeting, members took a moment to express condolences following the passing of Rebeka Hoffman, who had served on multiple town committees and was a substitute teacher in the local schools.

Big jump in water rates ahead

Town water user fees will increase 9.5 percent for fiscal year 2023 due to projected capital costs approved at last month’s Town Meeting, while sewer rates will decrease 5.0 percent due to a projected substantial surplus in the Sewer Enterprise Fund.

The board accepted the resignation of Meena Kaushik from the Sustainable Green Committee and the Hopkinton Cultural Council. Kaushik is moving out of town.

Meeting one week after Chair Jane Moran provided the Select Board with an update on the project, which has generated controversy because of a proposed segment along Hayden Rowe Street, committee members on Tuesday night discussed ways to reach out to the public and get residents involved in the project. They also expressed excitement over the possibility of receiving a MassTrails grant, which would fund an engineering study for a segment of the Upper Charles Trail from Hopkinton State Park to the future site of the International Marathon Museum.