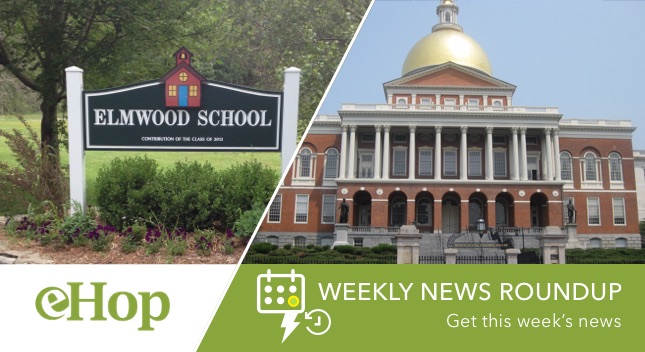 There is a State Primary Election Coming Up on September 6, early voting begins on Saturday, Aug 27th until Sep 2nd, and mail-in voting is already underway. Learn more about the candidates and your voting options on eHop.

Grade configurations and a timetable for public forums related to the Elmwood School replacement project were topics of discussion during Monday’s School Committee meeting.

The schedule was featured during a further review of Superintendent Carol Cavanaugh’s goals, which likely will be voted on during a September board meeting.

East Side of Project and Project Wide

The announcement indicated Porter was notified of his status on Thursday, and because there is an active investigation, no additional information can be released.

The Massachusetts Department of Conservation and Recreation (DCR) posted a warning for the main beach at Hopkinton State Park.

The warning is due to high bacteria levels in the water based on test results released Wednesday.