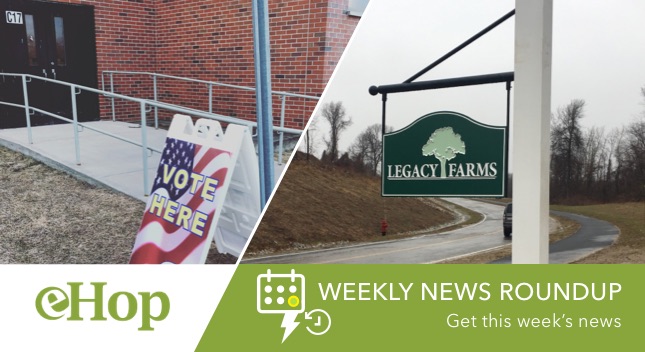 On Tuesday, September 6, polls open at 7 AM and “end of line” will be established at 8 PM for the polls to close. All Hopkinton voters vote at the Middle School Gym (88 Hayden Rowe).

If you are enrolled in a party you must vote with that party’s ballot. Unenrolled (Independent) voters may choose which ballot they wish to vote on, but they must choose.  Choosing a party at a Primary does not change your enrollment as a voter.

The Fruit Street fields turf replacement project is officially completed. “This is the best news of the day, as far as I’m concerned,” said Parks & Recreation Director Jay Guelfi. “The town charged us with replacing that field. They gave us $1.7 million to do it. They wanted it done before soccer season started, and it’s done. And it’s under budget. If you’ve been there and seen it, it’s awesome.

The commission discussed potential projects to propose to the Community Preservation Committee (CPC) this fall.

Commissioner Cynthia Esthimer shared recommendations from the Sandy Beach Ad Hoc Committee regarding improvements to be made for next year’s summer season.

The Planning Board at its meeting Monday night learned about an update to a state law designed to create multifamily housing opportunities in communities served by the Massachusetts Bay Transportation Authority that the town will need to consider if it wants to be eligible to receive three sources of state funding.

The one continued hearing scheduled for the evening regarding the open space mixed use development (OSMUD) proposed at last month’s meeting for 83 East Main Street had to be continued until Sept.19. Only four voting members were present when the hearing was called. While an actual quorum of five members was present, member Jane Moran had recused herself from voting on the project.

Hopkinton is revisiting the possibility of regulating short-term rentals after residents of Pike Street voiced concerns to the Zoning Advisory Committee about a property being rented out and used for weekend parties.

“If short-term rentals were to be regulated under zoning, then all rentals would also have to fall under zoning,” Gelcich said. “And then at that point, I don’t even know how you would do that.”

The crux of the debate was what is considered to be a property’s use, he continued. The business aspect of a rental and the way in which a property is used would make it more of a licensing issue.

Hopkinton Water and Sewer Department Manager Eric Carty cautioned residents that there could be some discoloration in town water over the next several days due to a water main break.

East Side of Project

Hopkinton Town Hall, Public Library, and Municipal Offices will be closed on Monday September 5th in observance of Labor Day.