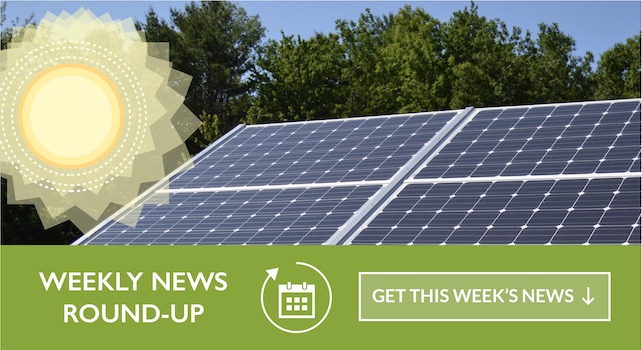 The MetroWest Regional Transit Authority has saved more than $20,000 in the six months since harnessing solar power at its Blandin Avenue transportation hub.

The authority – which serves 16 MetroWest communities including Hopkinton – built a new solar canopy at the rear of its headquarters next to an existing bus-washing station last year. Testing on the panels was conducted in the late fall and early winter. The panels were put online in February, said Gerry Hartwell, MWRTA facilities manager.

Since then, the MWRTA’s electrical costs have decreased significantly. Hartwell said the authority’s electric bill was $4,967 in July, compared with $10,484 last July. The organization saved $5,000 in May and slightly more than $4,000 in June in electrical costs. Total savings are about $21,000 so far.

Eastern Equine Encephalitis (EEE) has been confirmed in mammal-biting mosquitoes in 2 locations in the southeast part of Westboro near the Hopkinton town line. In response to the advisory and consistent with Massachusetts Department of Public Health policy, the Health Department has authorized the Central MA Mosquito Control Project to treat the abutting Hopkinton neighborhoods. Spraying will begin on Thursday 8/8/19 afternoon/evening, weather permitting.

The Massachusetts Department of Transportation (Mass DOT) presented the proposed plan for the renovations to the interchange at interstate 495 to interstate 90 at Hopkinton Town Hall. The presentation featured details of the plan and interactive photos and video simulations on what the proposed changes will look like.

Two of American’s largest newspaper chains announced on Monday that they will merge, uniting hundreds of local newsrooms under a single company. Locally, GateHouse Media owns the Metrowest Daily News and the Hopkinton Crier.

New Media Investment Group, the parent company of GateHouse Media, said that it had arrived at an agreement to acquire Gannett (GCI) for a combination of stock and cash.
Both companies have vast portfolios. Gannett publishes USA Today, in addition to many well-known local newspapers. GateHouse Media operates in 612 markets in 39 states.
https://www.cnn.com/2019/08/05/media/gannett-gatehouse-merger/index.html

Shut down two years ago, Greyhound Friends fights to reopen

After being closed for more than two years, Greyhound Friends hopes to get a new kennel license to once again offer dogs for adoption out of its Saddle Hill Road shelter.

Select Board to make Board and Committee Appointments

At 7:45pm this coming Tuesday, August 13, 2019 the Select Board will make appointments to several boards and committees for various terms.

The Town of Hopkinton reminds seniors that the August 31, 2019 application deadline for a newly approved tax relief program tied to the state “circuit breaker” tax benefit is rapidly approaching.